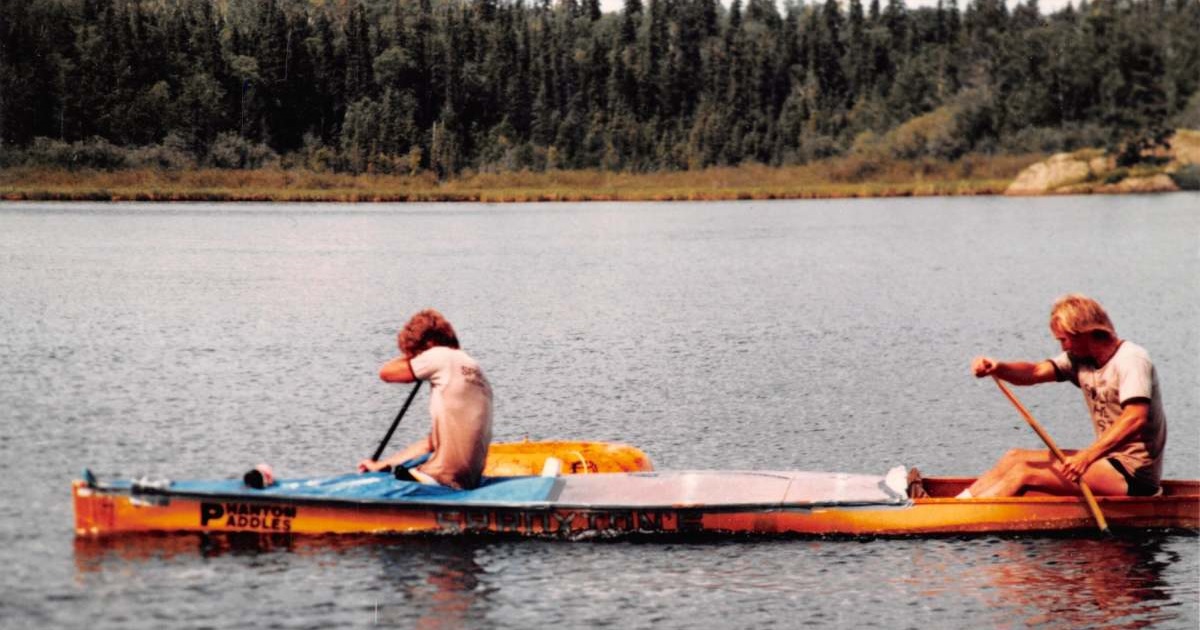 Two weeks earlier my canoe racing partner and I had won our class at the Canadian nationals in long distance canoe racing.

We were now in the biggest race in North America, Classique internationale de canots de la Mauricie, aka The Classic, aka Shawinigan.

We had a bad start, and got behind the huge waves (3-4 feet!) created by the combined waves of the 100 or so canoes at the starting line. At one point the water in front of us was sucked away and we ended up on dry land, requiring us to get out and carry the canoe sideways back into the river.

We were now in the second half of the pack, and knew we needed to make up some time and distance to get back up near the front where we belonged.

We hit it hard. For four hours. Passing canoe after canoe.

Then, somewhere between the four and five hour mark of the six to seven hour first day of the race, my heart took off.

So fast I couldn’t count the beats.

I got extremely exhausted, feeling like I could barely lift a paddle.

Reluctantly I said “Dan, I think I need to stop.” And we dropped out.

Back home in Manitoba I was sent to the Health Sciences Center in Winnipeg where I was put through a gamut of tests. A 24-hour monitor revealed my heart was ranging from 15-300 beats per minute! I also had skipped and double beats. Not good.

Long story short, I was put on meds to keep from going too fast, too slow and irregular.

Doc said I would be able to keep doing all I was doing, that I could still be and do whatever I wanted.

Except perhaps I couldn’t be an airline pilot.

Now I’d never wanted to be an airline pilot- ’til that moment.

But when I found out it was no longer an option, it ticked me off.

And I realized that at the young age of 18, in the best shape of my life, I was aging, mortal, no longer invincible.

And it was a good thing to learn. It changed me, in a good way.

It seems like a lot of people my age now and older still haven’t figured it out.

P.S.: I went off the meds years ago. I was told it was a “fitness-induced heart problem” and once I got a little out of shape the heart stabilized.